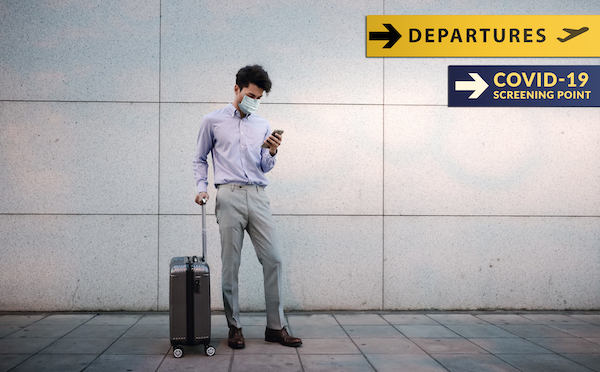 From 10 July, travelers from more than 59 countries including France, Spain, Germany and Italy will no longer have to quarantine for two weeks when they enter England. This also means that British visitors to these countries will not have to go into quarantine when they arrive back in the UK. South Africans will be allowed to travel to the UK if they are returning to work, study, or take up residence. They will unfortunately be subject to quarantine. A passenger locator form needs to be completed on arrival in the UK.

After nearly three months of coronavirus lockdown restrictions, Indonesia’s resort island of Bali has finally decided to reopen its tourism sector. It will be a partial reopening that began on the 9th of July. The opening will be gradual and the Ngurah Rai International Airport will start welcoming international tourists from September. Tourism is one of the main sources of income for the island and they welcome almost 5 million foreigners every year.

Despite virus risk, reopening continues in Latin America. The number of flights to/from Mexico increased during the past weeks and quarantine is not mandatory upon arrival.

Due to a steady rise in coronavirus cases in India, the Indian government has extended the lockdown nationwide in the red zones till July 31.

The ease of quarantine and travel restrictions for people travelling from abroad has been delayed until July 20. The government previously announced that restrictions would be eased from July 9 but due to concern about travel-related infections they are concerned about people taking vacations abroad and increasing the risk of re-importing infection back into the country.

According to the current system, any individual visiting Ireland from abroad, resident or otherwise, is asked to self-isolate for 14 days.

Frankfurt Airport has just opened a runway that has been used as a plane park for 3 months.

Greek authorities has warned that because safety guidance for the coronavirus is being frequently ignored, they are ready to re-impose public and travel restrictions again.

The government of Norway said that they will lift travel restrictions to and from more than 20 European countries from July 15, including France, Germany and Britain as well as some provinces of neighbouring Sweden.

In an attempt to prevent the spreading of the coronavirus, visitors to Japan’s amusement parks are being asked not to scream when riding rollercoasters. The Fuji-Q Highland theme park reopened on 1 June after a three-month closure due to the pandemic. The two-kilometre-long Fujiyama rollercoaster, named after Mount Fuji, reaches speeds of 130km/h and drops 70 metres at one point. When it opened in 1996 the rollercoaster was the fastest and tallest in the world.

The government has made the wearing of a surgical mask compulsory on all public transport in France. Why a surgical mask? – A surgical mask filters at least 95% of particles as small as 3 microns in size, and serves a dual purpose – it obviously filters particles emitted by the mask wearer, but according to the French National Research and Safety Institute, it also protects the person wearing the mask against droplets emitted by a person facing them. The surgical mask both filters inhaled and expired air. It is also recommended that you do not wear the same mask for more than 4 hours or after drinking or eating. People not wearing surgical masks will be denied boarding. It is suggested that you bring several masks based on the duration of your flight and further travel within France. Failure to wear a mask may attract a fine.

New York City entered phase 3 on July 6. Gatherings of up to 25 people (up from 10) are permitted. Indoor dining at restaurants is allowed to restart but officials delayed this part of the phase for New York City as virus cases increased in the rest of the United States. Not all is lost however, over the past two weeks 6,800 establishments have been authorized to serve food and drinks at outdoor tables.

The Kenyan President, Uhuru Kenyatta, has announced a phased reopening of the country, including the resumption of international flights from August 1 and domestic flights to resume as of July 15. However, the current nationwide curfew has been extended for a further 30 days. In the coming days the spread of the disease will be studied and if any trends signal a worsening of the pandemic, they will have no choice but to return to lockdown.
Last week, Kenya was awarded safe travel status by the World Travel and Tourism Council. This stamp will allow travellers to recognise Kenya as a safe destination once they reopen and implement the health and safety protocols.